TUPE Top Tips #2: The Risk of Getting it Wrong

Each TUPE carries an extensive amount of risk and not taking the steps to understand, assess and mitigate these risks can be very costly. In our next set of tips, we set out the three risks it is most vital to know about, and what you need to consider for each.

Much like going for a run, the hardest part of a TUPE is taking the first step.

If you’ve followed our first set of #TUPETopTips, then you will have:

Chances are, the worry will have started to set in. It’s hard to ignore the fact that the livelihoods of the transferring employees are at risk, and failure to meet the protections afforded to these employees in the legislation could result in costly and lengthy litigation for your organisation.

Each TUPE carries an extensive amount of risk and not taking the steps to understand, assess and mitigate these risks can be very costly.

The Advisory, Conciliation and Arbitration Service (ACAS) agrees, making it the second task in their process plan template: “Identify all risks relating to the transfer”. But how do you actually go about identifying and assessing the risks?

We’ve found that one of the biggest barriers that teams and organisations face is not knowing or understanding the risks associated with a TUPE. In our next set of tips, we set out the three risks it is most vital to know about, and what you need to consider for each. 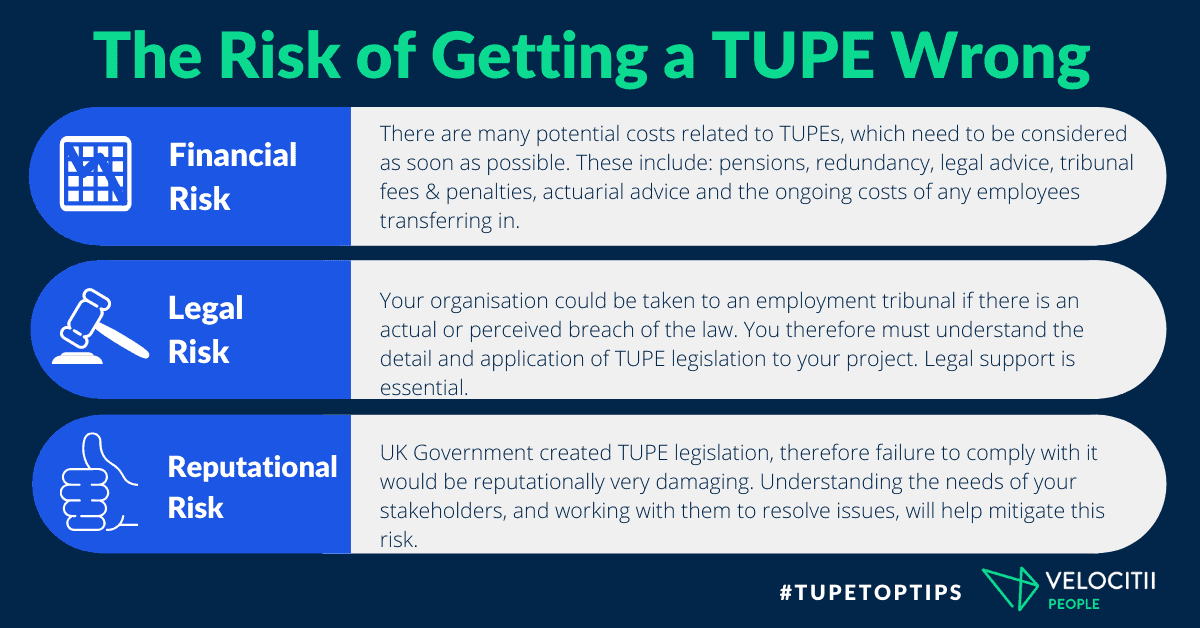 There are many different costs associated with TUPEs. For each of the transferring employees you need to ascertain the value of their salary, benefits and pensions - and for the latter, you may need to factor in the cost of actuarial advice. You should also consider the cost of office space and furniture.

Be aware that some of these costs are one-off (furniture and actuarial advice) but some will be on an on-going, annual basis (salary, benefits and office space) and will need forecasting for each employee’s remaining years until retirement.

At the outset of your TUPE it’s also a good idea to calculate what the employees’ redundancies would cost, and obtain an estimate for legal advice for the process.

We also recommend that when reporting the financial risk of a TUPE to your senior team and business leaders, you acknowledge the potential for tribunal fees and penalties should there be a dispute. The Chartered Institute of Personnel and Development (CIPD) has a useful tool for calculating this exposure in their Guide to TUPEs: 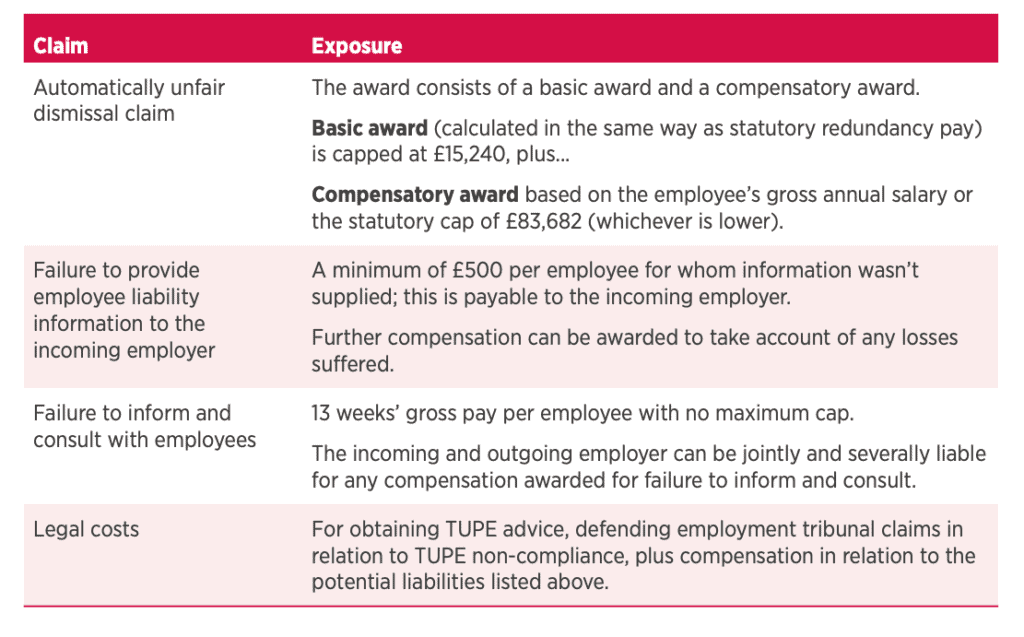 The cost of a TUPE can be so substantial that businesses occasionally decide against the business change behind it.

I spoke to the leader of an organisation that was considering centralising a digital function from numerous geographically dispersed businesses. This would have enabled them to make great strides with their business strategy, but when they realised they may have a TUPE on their hands, they decided that they wouldn’t proceed if that were necessary. It simply would have cost the organisation too much, despite the fact that not consolidating would have prevented them from achieving the often hard to quantify but significant benefits of synergies.

If you work out as accurately as possible the potential costs of a TUPE upfront, you will be supporting your organisation to make good decisions and mitigating against any nasty surprises.

Type “TUPE legal cases” into Google and you’ll get hundreds of thousands of results.

Employees who are subject to TUPEs can make legal claims against the organisations involved, regarding actual or even perceived breaches of the law. These claims start at an employment tribunal and sometimes progress to an employment appeal tribunal.

It’s essential to seek professional legal advice every step of the way. Not only will they have deep expertise in the law, but they will also be practised in how potential disputes can play out in the legal arena.

I will always recall a powerful message our lawyers gave us during a TUPE: “If this goes to tribunal it will definitely go in the way of the employees - the only question is which organisation they find to be at fault”.

No organisation wants to be seen to mistreat employees, and TUPE cases can become headline news.

This situation is particularly sensitive for government departments managing TUPE projects, since government not only prides itself on looking after its employees, but it is they who introduced this legislation. Failure to comply would therefore be embarrassing, very public, and reputationally very damaging.

The most effective way to manage this risk is by understanding the needs of all your stakeholders. Working with them to resolve disagreements as they arise should decrease the chance of them becoming major issues of interest in the public eye.

As with all risks, you need to keep your senior team abreast of how the TUPE is developing throughout its life-cycle. They need to know when the financial exposure goes up or down, what the legal advice is through the different stages, and the reputational risk as time goes on. Reporting these risks regularly should be a key priority. 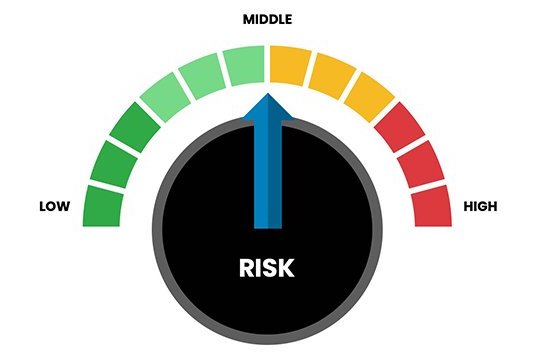 It’s not all bad!

Now that you have a clearer idea of how to understand and approach risk during a TUPE, you stand in good stead for what comes ahead.

For the next set of #TUPETopTips we’ll be looking at the other side of the coin: considering what you stand to gain in undertaking a TUPE. It’s not all bad - there are actually several ways in which you, your employees and your organisation can benefit from the process.

As ever, we’d love to hear your feedback on these tips - please don’t be shy! Email us directly to let us know what you think, or if you’re interested in joining our next virtual TUPE Coffee Morning.