The best career advice I was ever given, and how it led me to discover the fascinating world of TUPE

'Do the work that no one else wants to do' - that was the best piece of career advice I was ever given. But how did it lead me to discover the world of TUPE?

That was the bombshell I dropped on one of my team members a few years ago.

It was a situation that called to mind the best career advice I have ever been given: do the work that nobody else wants to do.

Why? Because there is usually the opportunity to develop precious expertise and make significant improvements.

To my team member’s credit, he positively embraced this challenge and my goodness, did he learn a lot! He returned to London a year later with advanced leadership skills and hugely valuable experience of front line service delivery.

That piece of career advice also sprung to mind when I was given my first TUPE project. For the uninitiated, TUPE is the Transfer of Undertaking for the Protection of Employment. It is a piece of legislation that, in basic terms, protects people when the job they are doing changes from one employer to another - they move with their job, keeping their existing terms and conditions. This usually can be found in government outsourcing contracts, both inbound and outbound.

Sounds simple? Well it isn’t, I can tell you that!

Every TUPE is different. Some involve transferring hundreds, or even thousands, of people and they require numerous organisations - who often have conflicting goals - to work together. They also carry significant financial risk, including the salaries, benefits and pensions of the transferring employees and the potential legal costs if anything goes wrong.

My first experience of TUPE

I knew none of this when I took on my first TUPE project.

I was working at the Ministry of Housing, Communities and Local Government (MHCLG), and I remember thinking that surely I wasn't the right person for the job. Evidently, it was a piece of work that nobody wanted to do, so I followed that old career advice again and got stuck in.

Fast-forward 12 months and the advice had paid off - I was heralded as a TUPE expert and I had derived significant, tangible value for my organisation by successfully managing the process.

One valuable outcome was the passion I gained for working on TUPEs. After all, TUPEs are about people. They are not just about getting something ticked off a list - they affect people’s livelihoods. Managing a TUPE well can safeguard the future health of your organisation and set up the next phase of a person’s career for success. 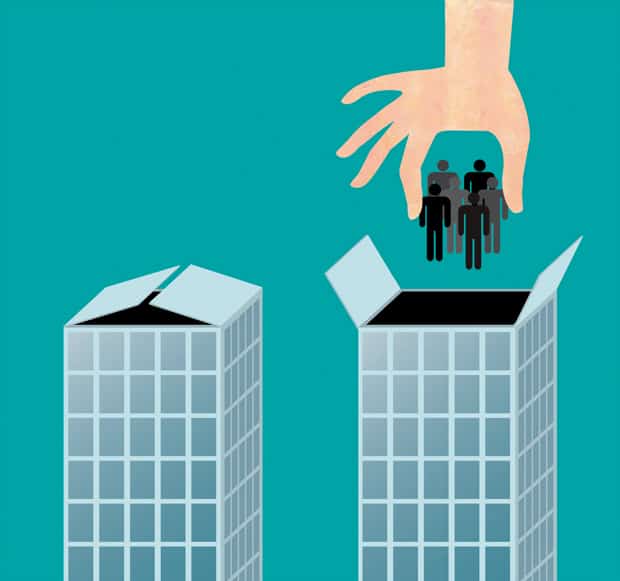 This fascination for TUPE work is shared by a community across the civil service.

I have been fortunate to find my own small but brilliant network of people involved in TUPEs. Every conversation we have enables us to learn from each other and build deeper expertise. To mention just a few of the people I have spoken to: David at DWP, Samantha at Land Registry, Owen at MoJ and Alison at CSEP - thank you all for your time and insights.

I’m working with one of our expert partners here at Velocitii, Amy, on how we can continue to build on this network and share some of the things we have learned from our combined TUPE experiences.

We’re putting together an educational series to help people and organisations going through the TUPE process, so stay tuned for our top tips on:

We’re also planning a virtual meet-up for those who work on TUPEs to get together and share experiences, as I found it such a valuable exercise. We’d love to hear from you if you’d like to get involved.

In the meantime, why don’t you have a think about what it is in your workplace that people don’t want to do? I bet there is scope to improve a process or gain some efficiencies for your organisation, so get out there and find it.